UVA’s Center for Survey Research conducted a survey of the BeHeardCVA panel members from March 25 to April 1, 2020, to gather information about the public’s impressions of the coronavirus in our community. BeHeardCVA is the first survey panel in the state of Virginia and is designed to represent the diverse people of Central Virginia, including Charlottesville City and Albemarle, Fluvanna, Greene, Louisa and Nelson counties. Overall 579 panelists responded.

Respondents were generally more concerned about a widespread breakout of the coronavirus in the United States (78% very concerned) than they were for such an occurrence in Central Virginia (60% very concerned). Yet, nearly one in six respondents have a friend or relative somewhere who has tested positive for the coronavirus or shown significant symptoms. A high degree of concern was also expressed for the ability of U.S. hospitals to keep up with healthcare demands, with 73% very concerned and 21% somewhat concerned that hospitals will not be able to meet demand.

A majority (58%) of Central Virginians were very concerned that the coronavirus will have a long-lasting negative impact on each the U.S. economy and local economy. More than one-third of working respondents have been affected by the downturn: about 3% of respondents indicated that they had lost their job due to coronavirus, 8% indicated being unable to work any hours during this time and another 26% were working fewer hours than typical. More than half of respondents who are currently employed indicated they had at least a 10 percent chance of losing their job in the next three months.

Confidence in the government response varied considerably with 74% indicating that the U.S. government was not doing enough to combat the coronavirus compared with only 30% and 27% having dissatisfaction with Virginia and local government response, respectively.

Trust Varied Considerably Among Media and Other Information Sources

Respondents indicated that their doctor was the most trusted information source with 94% either trusting completely or mostly. Local public health officials, the U.S. Department of Health and Human Services (HHS), the Centers for Disease Control, and the World Health Organization also garnered trust from respondents.  Information sources and media outlets that were not trusted at all or only somewhat trusted included Fox News, President Donald Trump (with 72.3% not trusting), social media contacts, and The Federal Coronavirus Task Force.

We asked respondents the degree to which they approved (or disapproved) of 12 different mitigation efforts that are currently in place or on the table. Four strategies received 70% or higher strongly approve responses. They included home quarantine of suspected cases, restricting restaurants to only take-out and delivery, international travel bans from high-risk areas to the U.S., international travel bans from the U.S. to high-risk areas. The highest sentiment for strongly disapprove (44%) occurred for the possible strategy of hospitalizing all cases, regardless of the severity of symptoms, until no longer contagious.

The top four lifestyle changes followed by respondents to keep themselves and others safe were: avoiding public spaces and large gatherings (92%), washing hands or using hand sanitizer several times a day (92%), canceling or postponing social activities (91%), and avoiding eating at restaurants (77%).

Work from Home a Viable Solution for Many Respondents

Any local resident can join BeHeardCVA and be part of future surveys. Just visit BeHeardCVA.org. BeHeardCVA is a community engagement initiative of the UVA Weldon Cooper Center for Public Service. 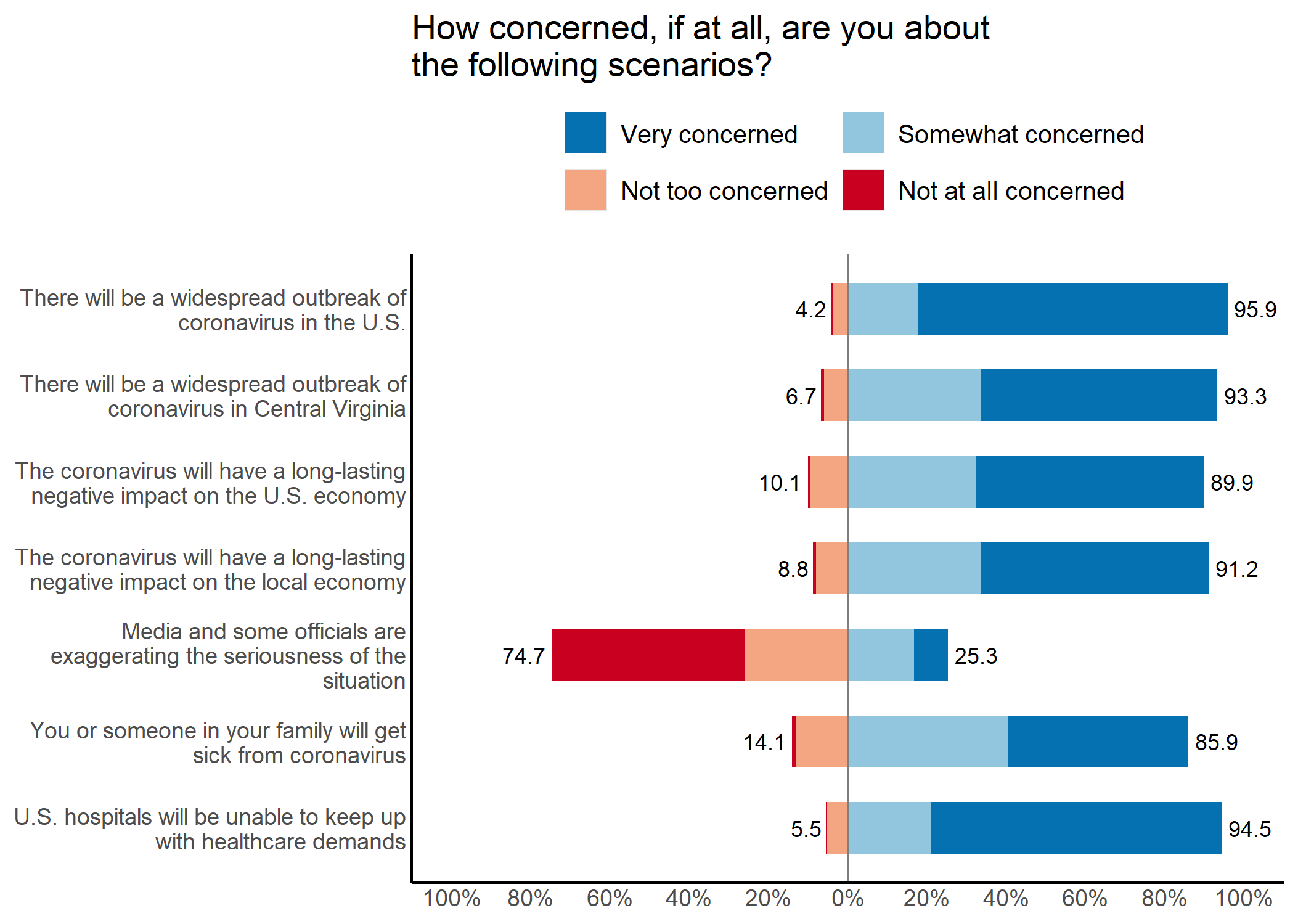 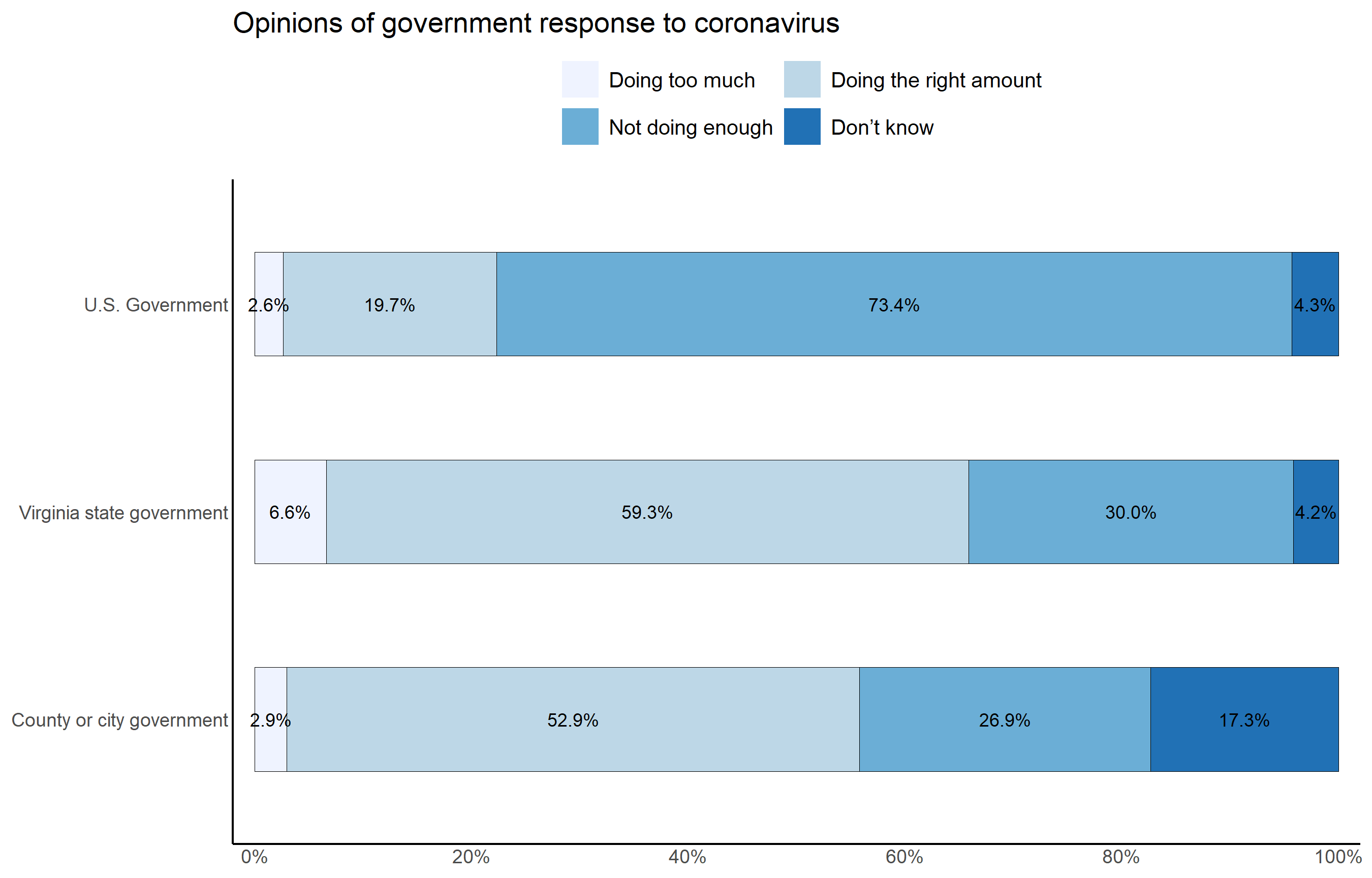 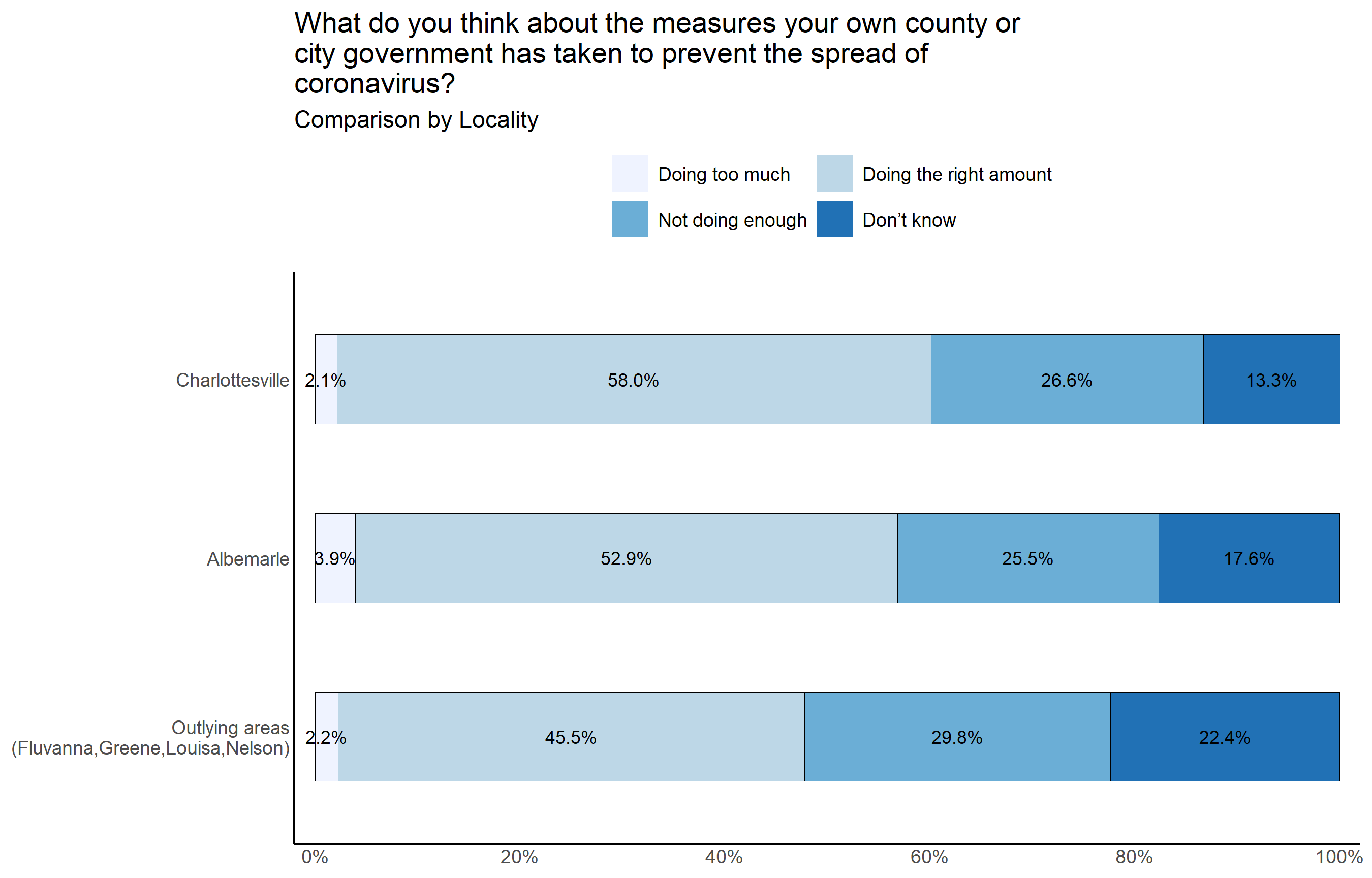 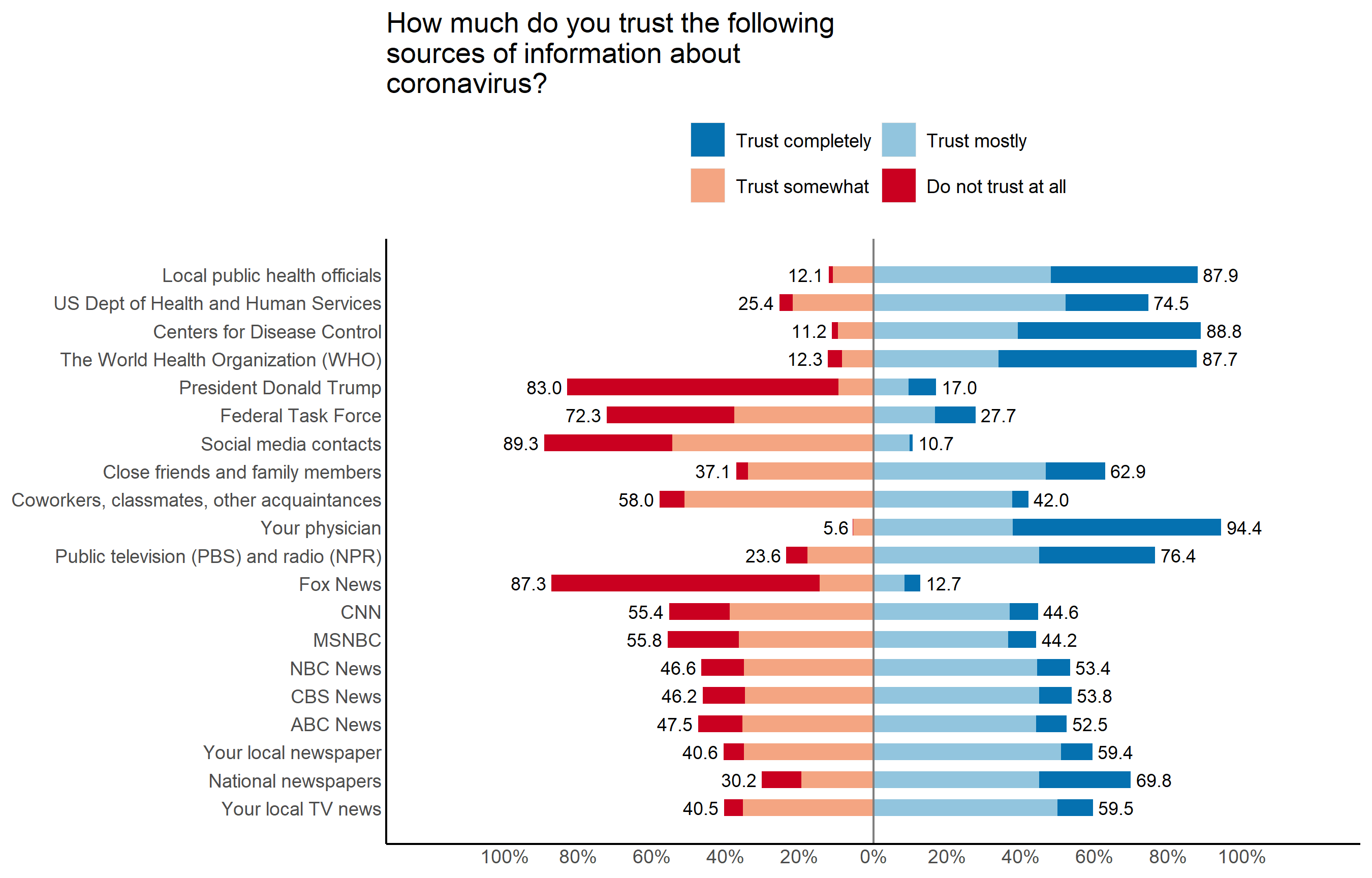